The panoramic viewpoint of Petriolo 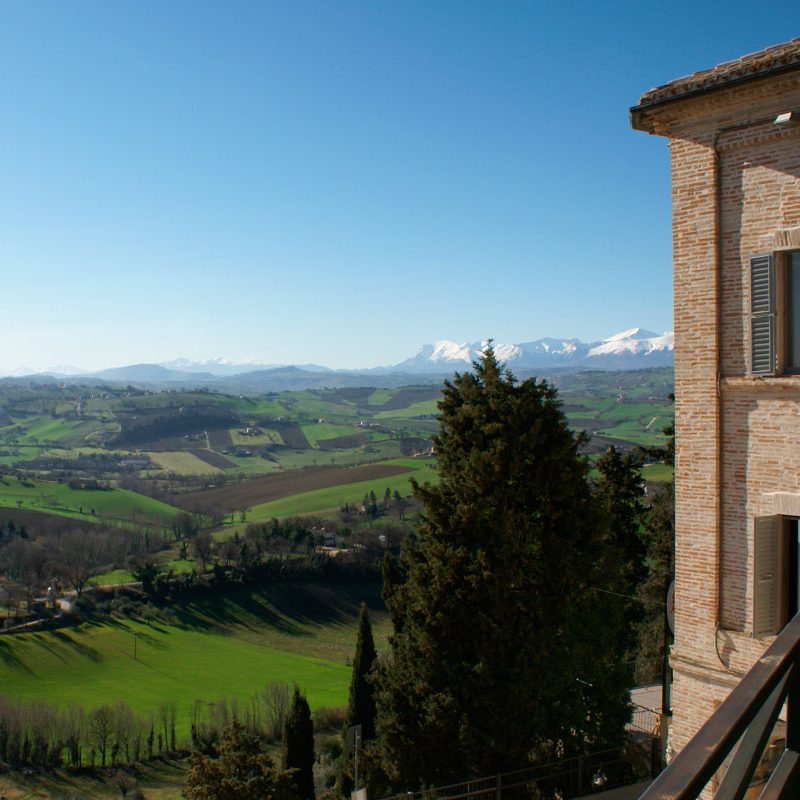 Unlike the other villages lying in the territory of Macerata, in Petriolo you won’t find the typical main square with the town hall and the government buildings.
Within the castle walls the spaces are small and narrow; the two widenings are the result of a recent destruction of ancient buildings.

The architecture of the hamlet

Even if the remains of the Castle have quite completely disappeared, the local community still has it in their memory: indeed, you won’t hear the citizens talk about the old town of Petriolo, rather they’ll talk about the “Castello” (the Castle). But we don’t want you to get confused: we don’t talk about a castle to define a fortress, but to refer to the entire village of Petriolo, surrounded by ancient walls and made of narrow streets.

In the eighteenth century, Pietro Angustoni, a local well-known architect active in the area of the city of Fermo, made some changes in the urban structure of the hamlet, creating the panoramic viewpoint of Piazza San Martino. It is overlooked by two churches, Chiesa della Madonna della Misericordia and Chiesa dei Santi Martino e Marco, and by the town hall. Finally, he restored the pre-existing buildings.
Located in the street named Via Martello, you can find the little church Chiesa del Suffragio.

In the street Via De’ Nobili, discover the historic building originally used as a grain deposit by the local counts Conti Catalani. Visit its ground floor hosting an old wine cellar, still used for the production of the typical mulled wine, vino cotto in Italian.

History has given Petriolo copious artworks. Sacred images of the fifth century: Madonna del Soccorso, inside the little church Chiesa del Soccorso; Madonna Lignea by Giovanni Aquilano inside the church Chiesa della Misericordia; a painting by Ciro Pavisa, one by Andrea De Magistris and another by Durante Nobili. Petriolo also hosts the doors crafted by Sesto Americo Lucchetti, narrating the Miracle of the Oxen.
The sculptor Diego De Minicis was supposed to realize an artwork to celebrate Via Crucis, the Way of the cross, for the church Chiesa della Misericordia. But some misunderstanding with Monsignor Manfroni, together with the Italian participation on the Eastern Front, cause the stop of the creation. De Minicis realized three Stations of the Cross; two of them can still be seen today in the Municipal Museum dedicated to the sculptor Diego De Minicis.

Our proposals for you

Come and find out what you can see in Petriolo 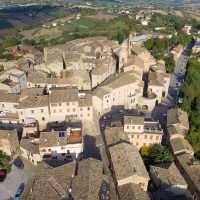 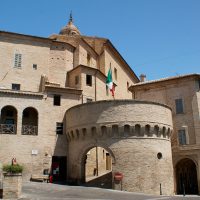 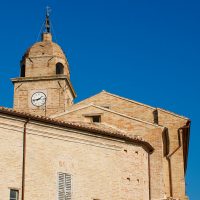 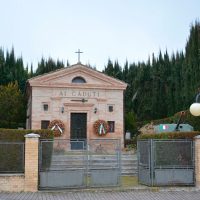 The Monument To The Fallen 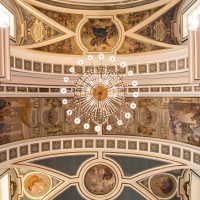 The Church Of Saints Marco And Martino 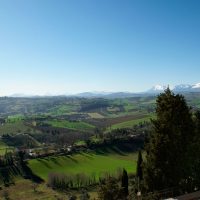